A Nyx belonging to F33 of The Initiative’s DEFCON. was killed earlier today in Bairshir in Derelik. Upon talking to the HIC pilot from HAX., no exploits were used to catch this, nor are they releasing details on how they got it as of yet. What is known on what happened is this.

Right when the super pilot logged in, hics jumped into system and warped to his safespot (Which was found a few days before), and tackled him upon landing. Once tackled, one of the hics lit a cyno for 3 dreads and an Archon to bridge in on him. While tackled, the FC ransomed him, but he declined. If accepted, they would’ve let his Nyx live, but since the nyx had no way to ensure that, he didn’t want to be out isk and a nyx.

By looking at the killmail, what followed when he declined the ransom is all there. So, one ratting nyx down, with a really bad fit to it’s name as well. Links to the eve-kill are in both images, just click on them. 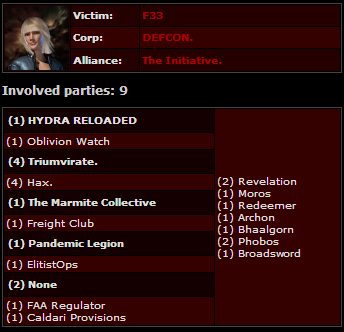 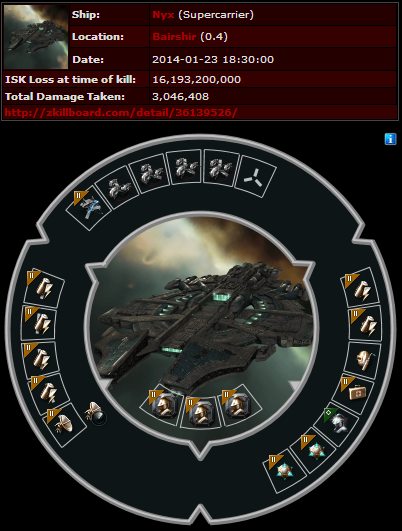 If more intel on this becomes available, this post will be updated, but as of now, this is all I have, which explains a lot of it.