GSF just lost a Nyx in lowsec to the hands of Axiomatic Dominion[220mm] and Black ops Armada[CYNOV].

Axiomatic Domination and Black ops armada were sitting in their home system of Gemodi, keeping an eye out for intruders, when they noticed a new person. This char was a member of GSF and did not appear to be in a ship. Keeping a close eye on him they noticed that he docked up and bought a cyno of the market. Thinking that the GSF member would undock and light his cyno to jump in a regular capital they prepared a fleet to bump it off station.

He however did not do this -in stead, he undocked and warped of to the Chamume gate. Prezer, a member of [CYNOV], decided to follow him. Prezer noticed that the person that he was following lit his cyno in the middle of nowhere and figured something was up. Realising what potentially could happen Hics were quickly jumped in to Chamume and warped onto the cyno. Sure enough: while the hics were still in warp a Nyx entered local through the cyno. Just when the Hics landed the Nyx was able to warp off to a belt.

Prezer and the Hic pilots saw which belt the Nyx warped off to and followed him. When they landed however the Nyx was gone. They saw that the Nyxpilot was still in local and so Prezor told his friends to get in fleet. Knowing that travelling Nyxes often fit cloaks, VisualNarcotics decided to go for it and started burning around system and decloaked the nyx. Hics quickly got on top of him and the kill was secured. 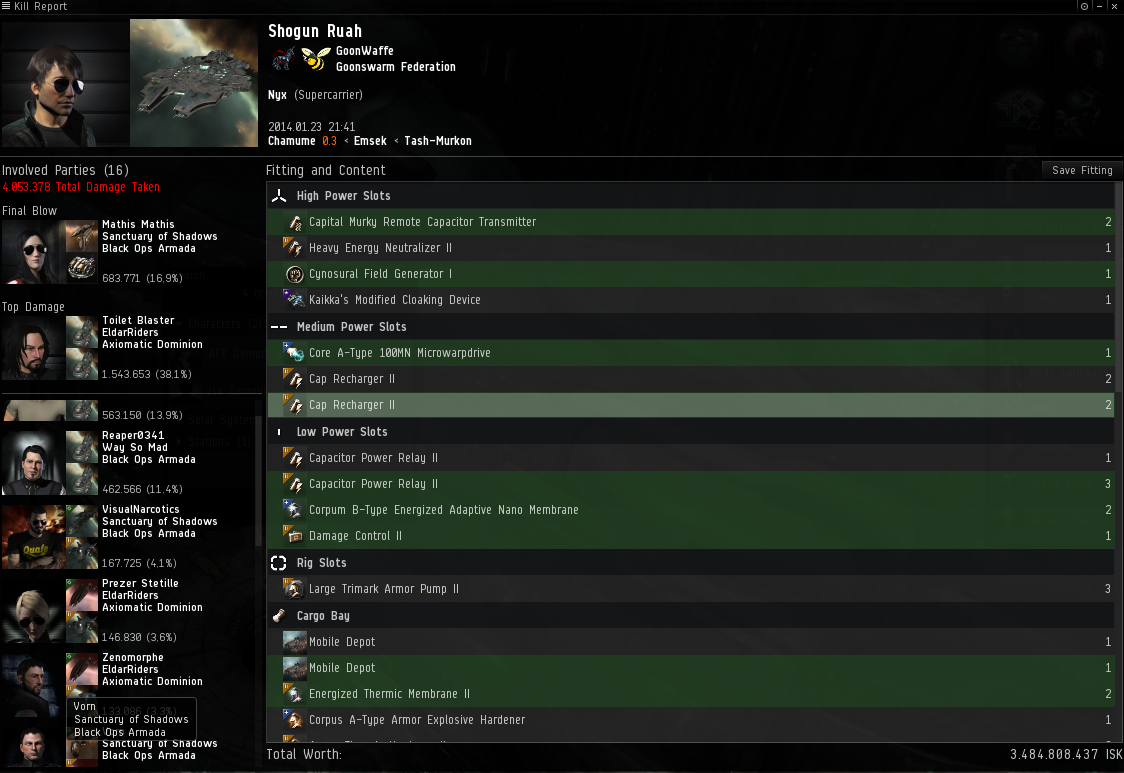 Feel free to discuss in the comment section below!
-Bobmon