Doctrines are key to current 0.0 warfare. If we look at different alliances or coalitions we notice a different use of ships to achieve their goals.

Alliances usually have 3 or 4 different type of doctrines but one will always stand out of the crowd for being most used. This often has different reasons. A reason could be that is the best at the jobs that needed to be done or it’s a ship that the active alliance FC is most comfortable taking out.

Below I will give an overview of the weapons of choices that are being used in the current southern war: 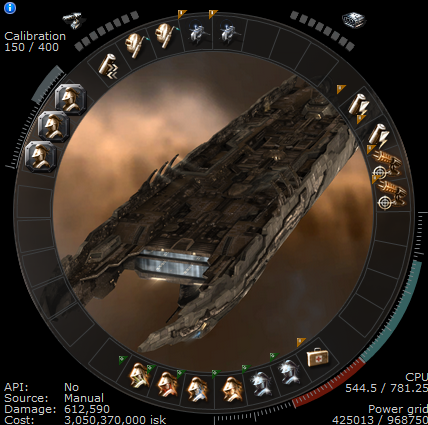 A slowcat is an Archon that uses Sentries as a way to cause damage. An Archon has 7 low slots making its able to tank large amounts of incoming damage. If an FC notices that his fleet is tanking too well then he has the option to switch tank mods into Drone Damage Amplifiers, gaining extra DPS.

To project damage they use a so called drone bunny. This is another archon that has a target painter fitted. Other archons will then assign their drones to this drone bunny making him able to control up to 250 other slowcats.

The main use of the mid slots will be for gaining cap, Remote Sebos for the drone bunny or gaining extra drone tracking. Other uses of the mids can be to fit points or other ewar mods.

The high slots are pretty standard, for cap they have 1 Cap transfer which they use to cap up or stay stable. To survive they have 2 capital armor reps. Only the drone bunny will be actively shooting enemies so the rest of the fleet focuses on keeping each other alive with their 2 capital reps. The last 2 slots are filled with Drone Link Augmentors to increase their drone range.

Counter: Large Numbers.
Can be countered by: Alpha Capitals (Naglfar) and Supers / Titans 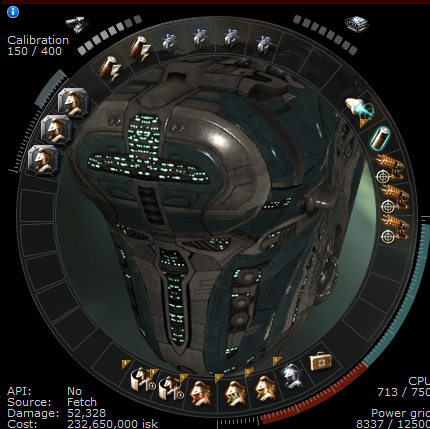 A Dominix can be seen as the little brother of a slowcat. It has a good amount of EHP for a battleship and its able to fit lots of utilitys. The CFC domis are fitted so that they can shoot up to 200km making it very hard for the enemy to get a hold of them. The FC would always have the domi’s align out to protect himself from being bubbled. If you see any tackle warp in then he just warps his fleet to another location.

Lows are pretty much the same as a slowcat, max tank with the option to fit drone damage amplifiers if your fleet is tanking well or staying out of enemy ranges.

To achieve a drone range of 200k the Domis will be fitted with 6 drone link augmentor. most commonly is a setup with 4 drone augmentor making you able to fit 2 Heavy Neuts.

Counters: Sniper fleets – Other BS classes like typhoon fleet – Kiting ships
Can be countered by: Blap Dreads (if domis are within range) – Wrecking ball slowcat fit (slowcat with full rack of Drone augmenters in high slots and Supers as logi) and Bombers 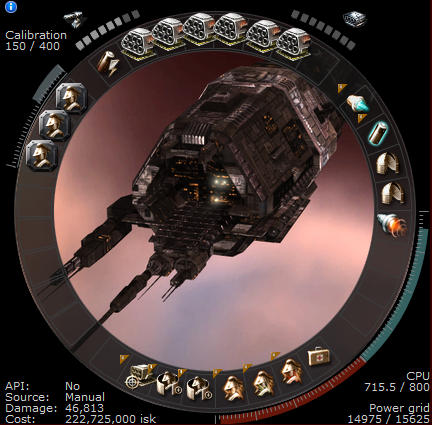 The Typhoon fleet is a low sig battleship that uses Cruise missiles as a way to cause damage. A Battleship fleet can normally be countered by Dreads or bombers but the the Typhoons have such a slow sig that even these are not very effective. Typhoons can shoot as far as they lock while retaining their Alpha.

The typhoon has 7 low slots, giving it room for 6 tank mods and 1 damage mod. Typhoons rely on there hardeners as their main protection.

The 3 mid slots of the typhoon are set in stone. 1 of these is an afterburner, giving the typhoon a lower sig and a bit more speed. Second slot will be the Heavy cap booster to gain Cap for cycling his Micro Jump drive. This mod will allow the typhoon to jump a 100kM every 3 minutes. Their last 2 slots will be filled with e-war like a ttracking disruptors or a Sensor dampenesr.

Unlike the others the actual weapons are fitted to its high slots. The typhoon uses cruise missiles that deals great alpha, good dps and amazing range. In their last high slot they can fit an extra utility mod so most commonly it’s filled with a Heavy Neut.

Counters: most ships below Battleship – sigged tanked ships like tengu’s
Can be countered by: Battleships – Slow Cats – large amount of bombers 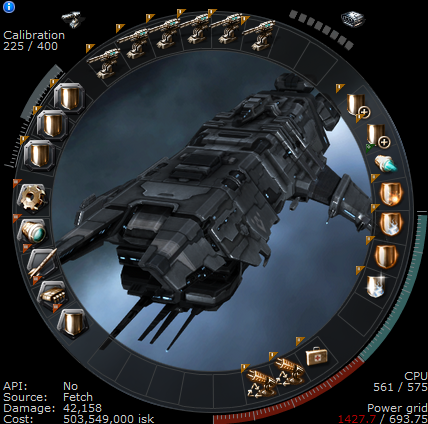 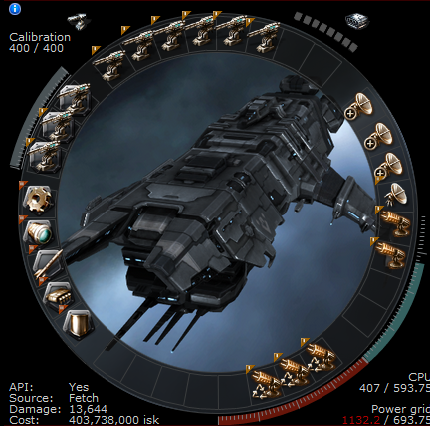 Black legion and Solar fleet are the only 2 official members of the Halloween coalition and both of them pick their tengus to be their weapon of choice. Solar fleet would use a normal pvp fitted Tengu while Black Legion prefers to keep at range, and with their sub system change they are able to warp through bubbles. Thats why I decided to show them both.

The solar fleet tengu has 2 damage mods and a damage control to get that extra bit of EHP. Black legion’s fit throws away all possible tank and has 3 damage mods.

The mids is where its gets interesting. The Solar fleet fit has 2 large shield extenders to increase their buffer and uses 4 slots for active resists (1 adaptive – 1 Thermic and 1 em) because the tengu has a EM hole they fit an extra EM amplifier. as propulsion mod they fit an AB to speed around the battlefield with low sig.

Now the Black legion fits no tank at all, they focus on 2x Tracking computer for range and tracking speed, 1 sensor booster for range and locking speed and to finish it they fit 3 ECCM’s. ECCM’s are fitted to counter probes and with 3 fitted you basically make it impossible to probe this tengu out. As an end result you have a tengu that: can’t be scanned down and can shoot at a range of 250KM (which is a max to all ships ingame).

The high slots for both fits are railguns. Railguns provide them range, good dps and Alpha.

Black Legion fit:
Counters: Battleships – other ships that are fighting the enemies
Can be countered by: Frigate hull vessels

So why these?
The slowcat was designed to fight heavily outnumbered and they are able to support super capitals as well, this is why its the N3’s pick. CFC noticed that drone assist is effective and because they have loads of numbers it made it easy for them to control them. The typhoons work in battles that are low on tidi, they are good brawlers at range but die fast when caught in C/d. The solar fleet tengu is a good ship because its all around, you are able to use it in big fights and you’re able to brawl. Black legions tengu fleet is a third party fleet that is able to project lots of damage at long range without getting aggressed back.

You have any more reasoning why a certain doctrine is working for a coalition then feel free to discuss it in the comment section below!