Today deep in the Aussie TZ, a Fraternity. FC decided to start shooting some TCU’s that where onlining in U-IVGH. He Pinged for Supers with a support wing of Dreads and Slowcats. To protect his fleet even more, he called for a muninn fleet to protect his fleet from Hics / DICs or anything else that could harm them.

After he got his fleet into system he started killing TCU’s. After the second TCU died, an enemy Cyno went up and a CFC Dread fleet with support Domis jumped in, tackling the N3 capital fleet. The Fraternity FC decided to quickly kill all CFC Hics + Dics but his muninn fleet was killed too quickly. After killing the muninn fleet, CFC switched to a nyx piloted by Mem’don. While the CFC Dreads entered siege, the N3 Capital fleet focused on killing dreads. Mem’don panicked and broadcasted late so when the n3 cap fleet finally got a lock, he was already neuted out and killed promptly. 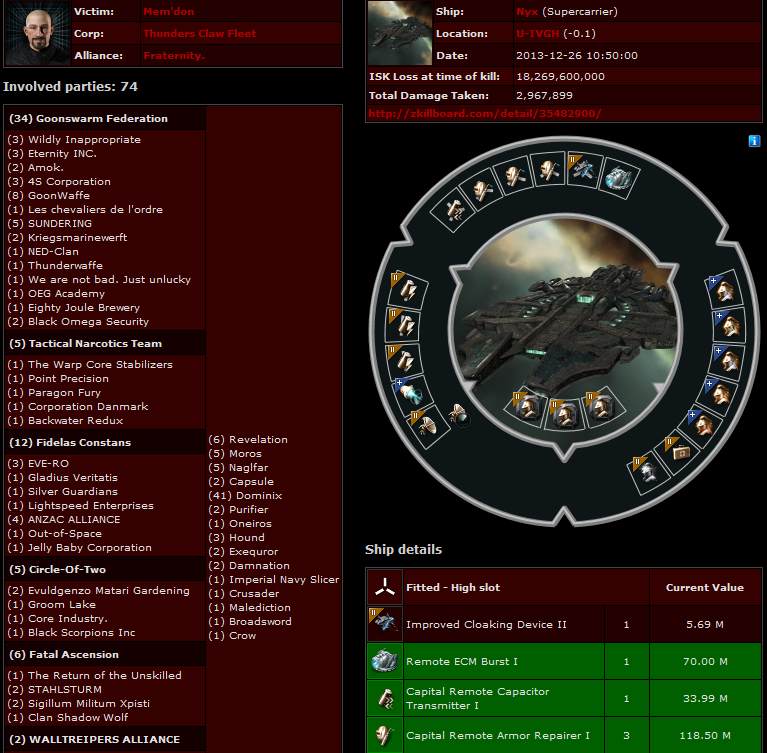 After the nyx died, the CFC started to lose too many dreads and the call to siege red went out. A couple of CFC Dreads got out but a large amount of dreads died to the Fighter bomber power of N3 and so with the last dread dying N3 and CFC returned home.

After downtime the remains of the fight were still clearly visible: 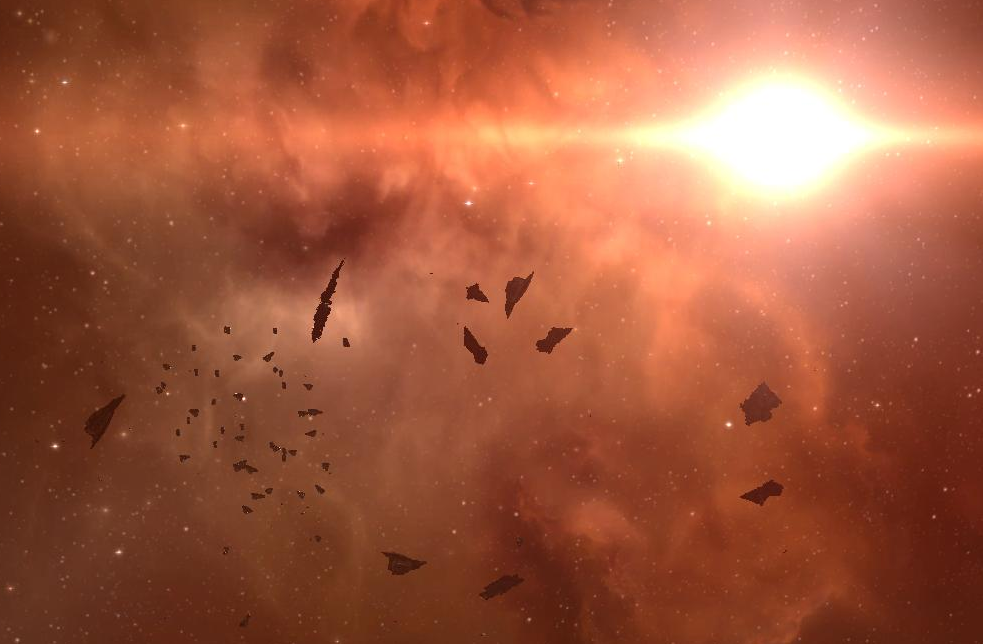