Earlier this week in the battle of DY-P7Q, Dabigredboat could be heard giving orders on the his live stream to crash the node. Logs have recently come to light which show him ordering the fleet to attempt to crash the server by repeatedly logging on and off again.

This called many people to call for Dabigredboat to be banned for violating Eve’s terms of service, which appears to have happened earlier today when Dabigredboat himself tweeted this: 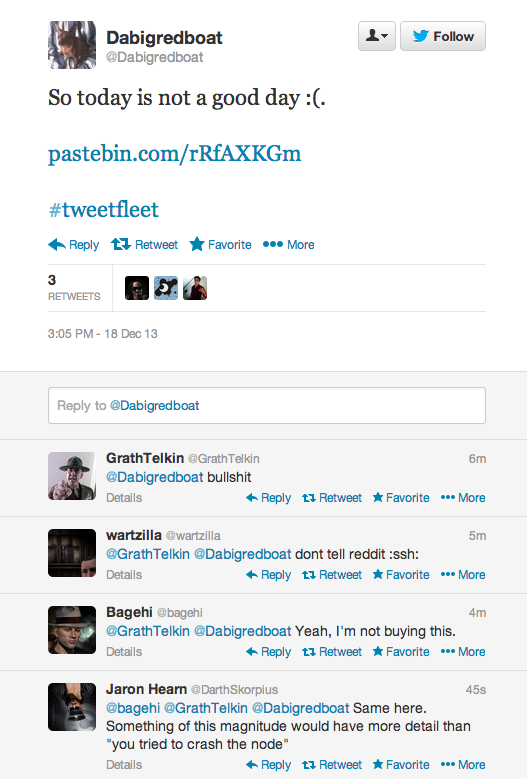 It is my sad duty to inform you that your accounts have been banned from our server for attempting to cause a server node to become unstable by use of exploit mechanics.

This is a breach of our EULA.

See section 6. A. of our EULA, Specifically Restricted Conduct:

“Your continued access to the System and license to play the Game is subject to proper conduct. Without limiting CCP’s rights to control the Game environment, and the conduct of the players within that environment, CCP prohibits the following practices that CCP has determined detract from the overall user experience of the users playing the Game.”

(1) “You may not take any action that imposes an unreasonable or disproportionately large load on the System.”

“An immediate permanent ban of an account may result if:

D. A player has engaged in activity that intentionally causes others to lose connection, suffer latency issues (lag) or to crash to desktop (CTD).

Despite the overwhelming evidence that Dabigredboat did try to crash the server, some are still sceptical of the tweet. They argue that the message from GMs would have been more substantial if he really was banned. Time will reveal the truth of this mystery.

The discussion has already started and feel free to continue in chat box below!