Today at exactly 12:13 Eve time Rotes Luder lost his titan to the combined forces of Veni Vidi Vici Reloaded and Goonswarm federation in the 4-JWWQ system in Syndicate. 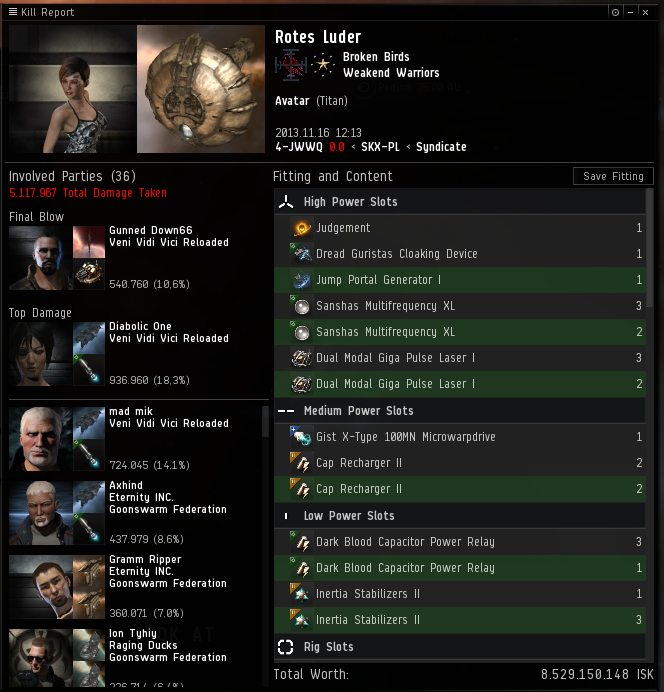 Apparently this kill was thanks to the efforts of Veni Vidi Vici Reloaded, the story is that they were hitting some Weakend Warriors POS’s a few weeks ago and noticed they had a titan inside one of their POS’s. Since then they have been dropping a few dreads on Weekend Warrior’s POS’s every night in hopes that Rotes Luder would take the bait and Doomsday one of their dreadnoughts. Their efforts come to fruition today. Splinter07 (CEO of Veni Vidi Vici) had reached out to Goonswarm federation for assistance in killing the Avatar when they had the titan tackled, unfortunately for Splinter07 he lost his Revelation to the Avatar, a sacrifice that allowed his team to take down the Avatar once and for all.

The fight from Goonswarms perspective: