As a first time attendee of Fanfest, and also a part of the pair of EN24 correspondents included in the CCP media group, I went into this doubting whether or not I’d be able to give a 1st timer’s 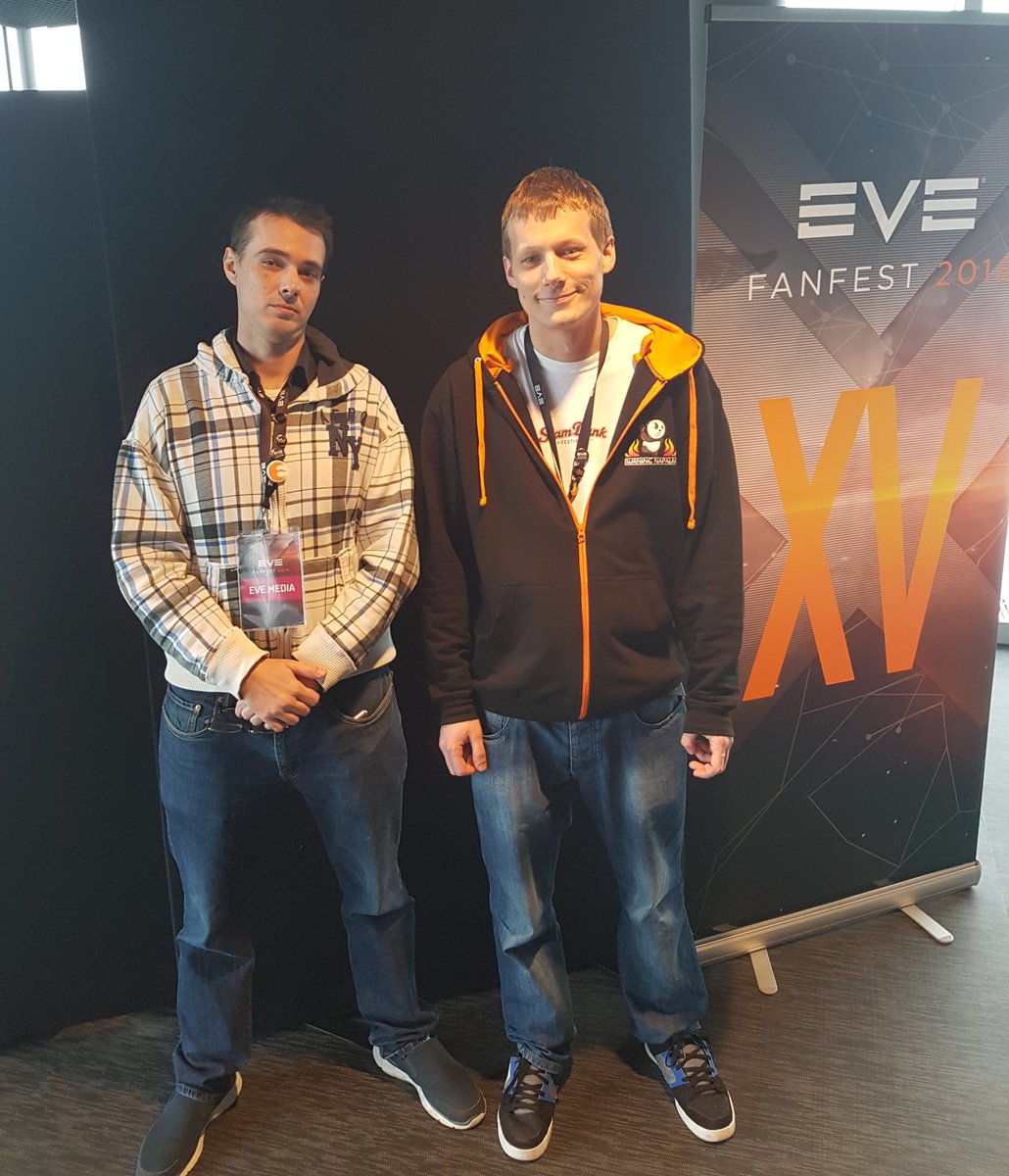 perspective as well as maintain an unbiased approach. I would like to first off publicly thank both CCP Grendal and Eldar for welcoming us into the fold and looking after us.

From the keynote speech at Fanfest XV, it is evident that CCP has decided to move in a more player centric-direction, which in all fairness, they have been headed in for some time.

In a welcome change, the keynote trailer (despite a rather corny end shot with various streamers on the keepstar), is a worthy, commendable milestone in CCP’s marketing credibility in that it was made exclusively of recordings of the in-game environment, which were contributed by players themselves.

There will be no fanfest at Harpa in 2019. Speculation as to whether this change is due to a shift in CCP’s priorities to more local events or simply due to major construction projects in and around the Harpa convention center is rife. While certain other reviewers of fanfest 2018 have bemoaned it for lacking this or that, I for one found more than a few reasons to consider making a return trip to Iceland a worthwhile proposition.

I landed in weather that makes the Scottish Highlands in winter seem positively appealing, but was fortunate, along with the rest of the fanfest attendees, that temperatures stayed well above freezing for the duration of the event. That said, I’ve rarely encountered a people as helpful and friendly as the Icelanders in all my travels. Motorists stopping to let pedestrians pass at pretty much all crosswalks is a nicety long forgotten in most of Europe these days. Being invited over for drinks by natives who I’d barely had more than a 10-minute conversation with also goes to show just how socially healthy and hospitable the locals are.

Affordability. Sure, travel arrangements are not too expensive, and I was able to secure a private room at the Oddson Hotel for just £20 a night, but if you expect to feed yourself via restaurants, you will be in for a rude surprise. While portions are generous and the quality 1st class, a fish, and chips lunch for two at a decent restaurant still cost me over 5,500 ISK, or about £40, or about double UK pub prices. Shopping for breakfast supplies at a local market revealed to me that anything that comes from a dairy cow is (somewhat) moderately priced, with generous portions of Yogurt or “Styr” (a yogurt-like cheese) available in many flavors available that can last you a day or two for less than 400 ISK. The lactose intolerant seeking to stock up on affordable edibles may, however, have a tougher time of it.

Well, CCP controls neither the weather nor the Icelandic economy, and we were warned about both well in advance. Onto the parts more within their remit.

Hows about Harpa Then?

Firstly, my take on the new volunteer system. Fanfest XV was the first in which the majority of the support staff was made up of Eve players who received a refund on their fanfest tickets in exchange for doing a few hours of volunteer work, mostly in handling registrations for goody bags and the pub crawl. Having players as volunteers helps with in-game networking as well, several of the volunteers being very liberal in handing out pins for their alliances and corporations. 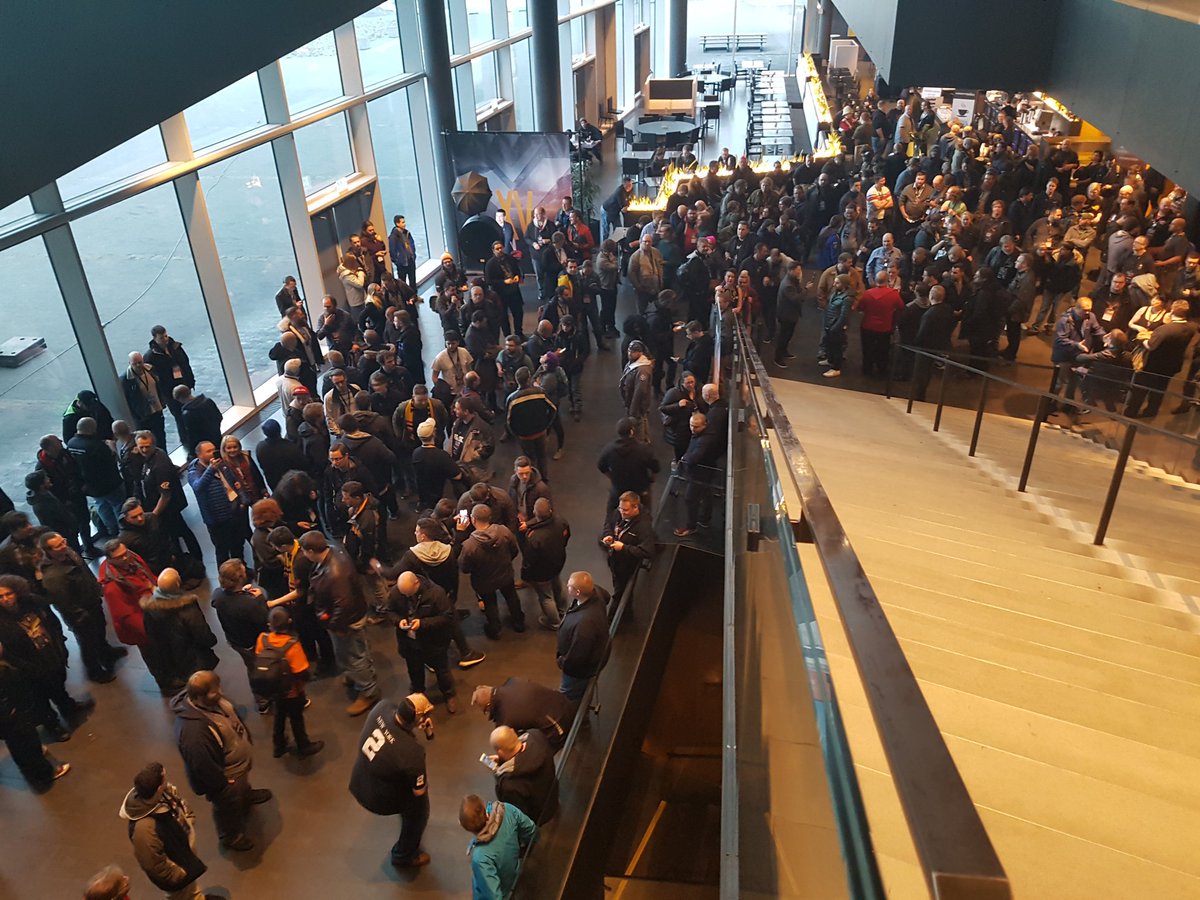 Activities at Harpa in the spaces outside the main events were, however, somewhat limited. I made a game out of returning to the player wall and adding another alt-character’s name because that’s really all there was to do on that side of the stairs (except for getting your portrait done, which was a nice touch)  The history of eve exhibition was pretty good but really only took 5-10 minutes to take in. There was a streamer stand, a makeup studio to get your cosplay on, and a table where you could get your avatar printed on a button. There was also an entire room dedicated to the Alliance cup tournament, a rather larger one than required I think.

The streamer stand was a fine idea. Though while I’m not sure if not having seats available for them was intended to encourage them to interact more with the crowd, it seems to have worked out that way as there was usually a circle of conversation around the better-known streamers in the community. By the same stand, the Amarr wedding presided over by Max Singularity, the Space Pope, provided a wistful episode of imagination and a friendly dose of weird (in a good way).

However, the 1st floor was quite under-utilized. Near the rooms where most of the workshops and roundtables were held, was a cavernous unused space serving little another purpose than providing a close-up of the Icelandic coast guard’s flagship through the windows. Let players apply to set up information sharing/recruitment stands next time maybe?

Friday evening is when I really got the Fanfest vibe. The “CCP Games, Games” event was certainly the hinge where the focus moved from viable news related to the game to “and now for that beer-soaked revelry we were promising you!”  While the party buses may have been introduced to prevent people from sort of wandering off, they turned out to be a whelping good time, with CCP devs liberally passing cases of potent Gull beer up and down the aisle. I fortunately ended up on a bus not dominated by members of one alliance or another (I heard of a couple of buses where rival alliance members engaged in competitive chanting a-la-football day or some such), but had players from various groups in game, with inevitable acapella renditions of karaoke favorites being belted out in style reminiscent of those 200 man “drunk fleets” I fondly remember… maybe not always all that well. 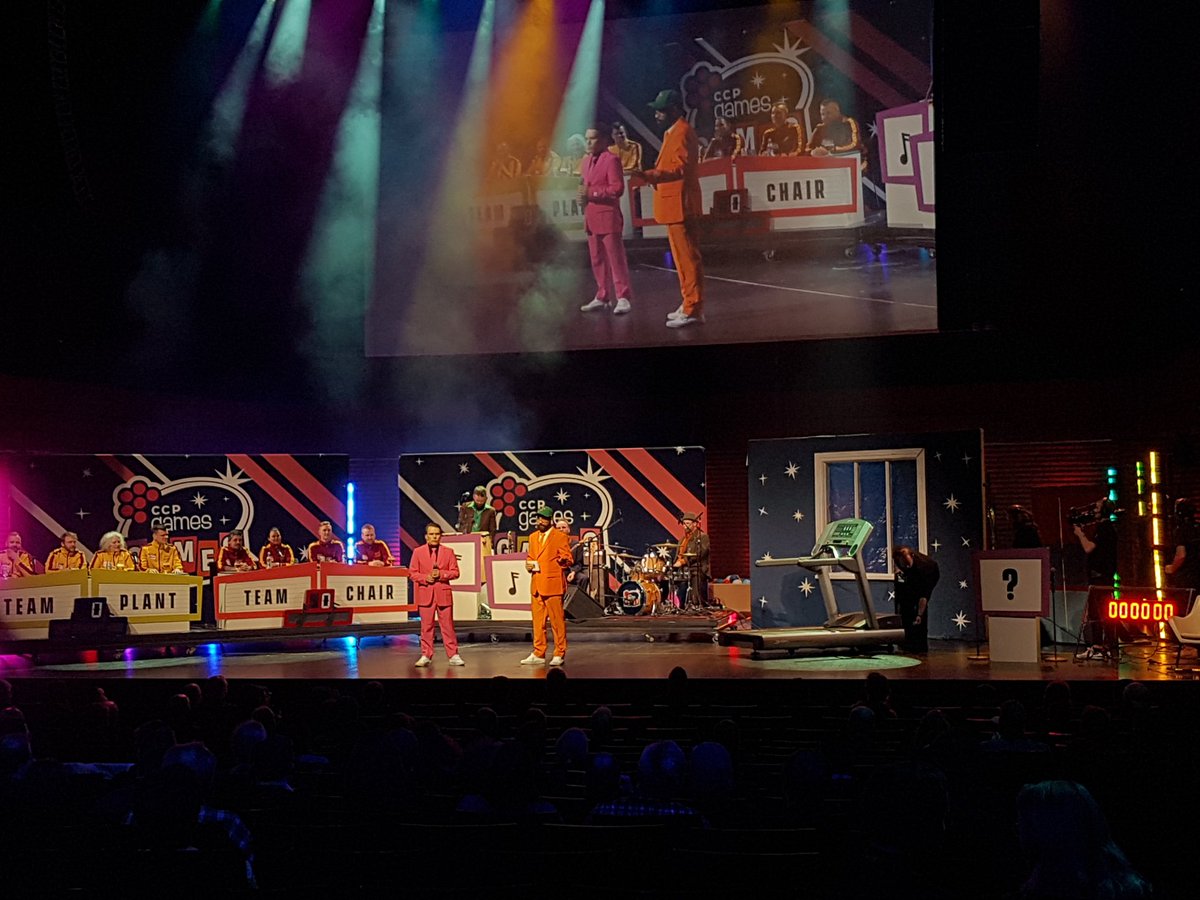 The second stop, a horse farm that moonlights as a bar,  was by far the most memorable, and all the more amusing because I overheard persons the next day asking if they had just imagined the horses… I assure you, they were real. The final stop at the Brugghus microbrewery located alongside CCP’s head office had the whole lot of us sharing one space, where I met up again with some Alliance and Coalition mates and made some contacts with some (spooky?) wormholers… at least I think those are whose nametags I photographed!

Saturday was a more relaxed day, with everything winding down there were plenty of chances to catch some of the player-run talks and to have lunch with fellow Alliance members. The party at the top of the world was certainly one of the more interesting ones I have experienced. Seeing so many of Eve’s best-known personalities at the poker tables while grabbing a refill was amusing… if underwhelming in certain cases. I also finally learned how many GOTG members it took to pick up Sort Dragon for a photo (about 6).

Should Fanfest return to Harpa?

Iceland is not, by any means, a conventional destination. Nor is Eve a conventional game nor in fact are its adherents conventional gamers. To have the ability to experience a memorable weekend, among a unique community united around their love of a one-of-a-kind game is something that both CCP employees and the community at large would be worse off without.

Despite the fact that said community devotes limitless hours in-game to destroying each other’s assets (and sometimes pride), players ought to have the ability to amicably (for the most part) go spend a weekend where they can socialize with in-game friends and foes. Just because other game publishers don’t offer the community the chance to put faces to names and voices they have known for years, and meeting the people behind the game in the land where it was born is no reason to stop being the exception.

The move towards local meetups in the coming year may result in higher overall attendance, but such smaller meets will never approach the whole “Conference of Versailles” vibe of having all the key people scheming .. I mean… negotiating,  in one place. For my part, I would hope to see a 2020 Fanfest at Harpa and another opportunity to do something other than shoot and (occasionally) rant at the Eve community at large for a change.