By riverini
Contact
Other Articles
zKillboard
In wake of the upcoming EVE Online chat back-end revamp, it was my desire to share with our readership a couple of neat tricks I have been using to make my EVE life easier and safer.

This time I’ll showcase three chat window tricks that works for pretty much every capsuleer out there.

Highlight all local chat members to keep an audit on newcomers.

Picture this, you are a scout in a busy solar system, the local traffic is unfamiliar to you. Now, you want to know who comes in after you entered the solar system, might be a war target, an enemy scout or easy prey for ganking. Most decent EVE pilots tend to keep the chat window undocked from the rest of their window stack. Having it set up this way helps in maintaining awareness of what’s in local, but despite this, your attention may be required elsewhere – either be running a d-scan, checking your star-map, etc. – sooner than later you realize you lost track on whom has entered the solar system after you did. The local number count is a good indicator, but itself can be misleading; let’s go one step further. 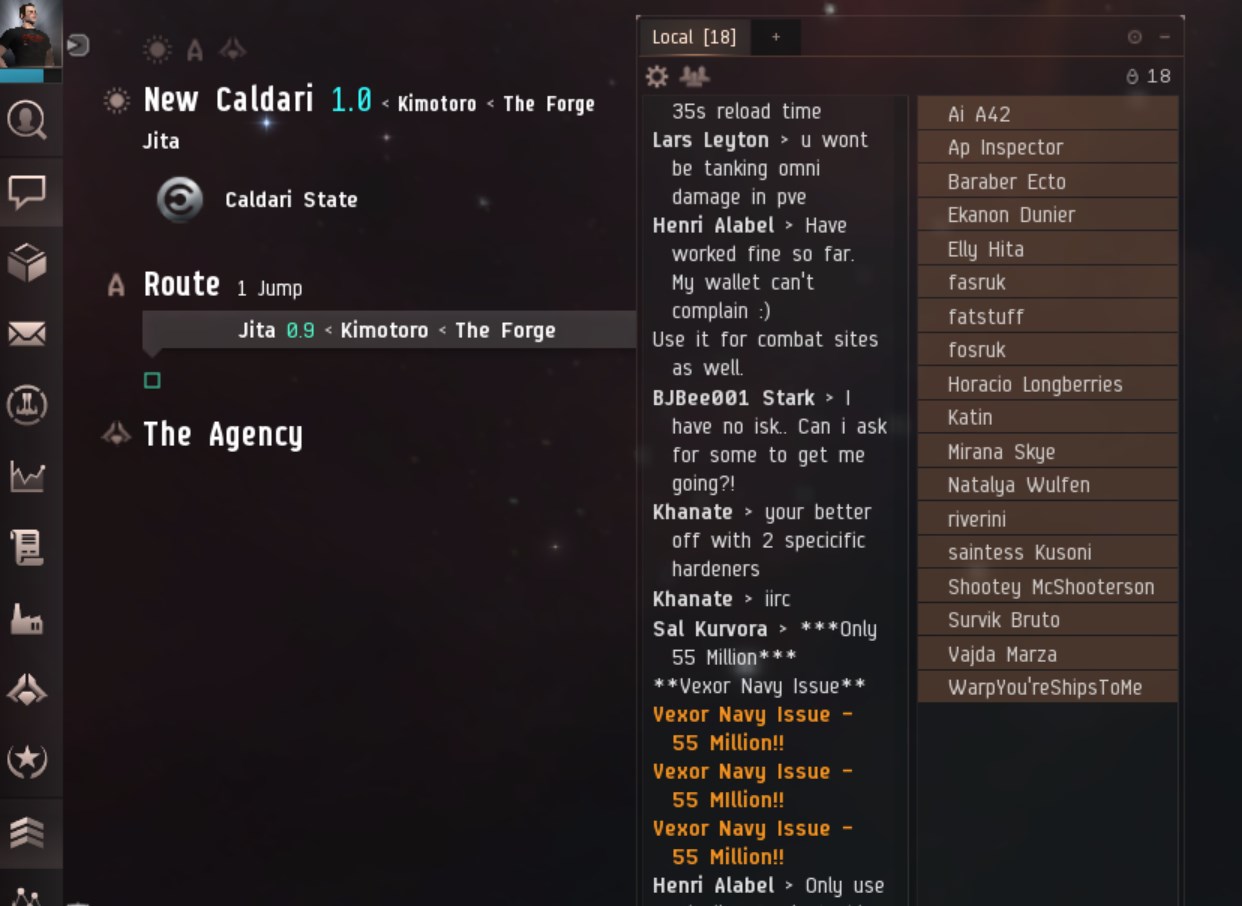 Now every new player that jumps or logs into the solar system will NOT appear highlighted in the previous selection, so you will know instantly he was not there when you made the selection: 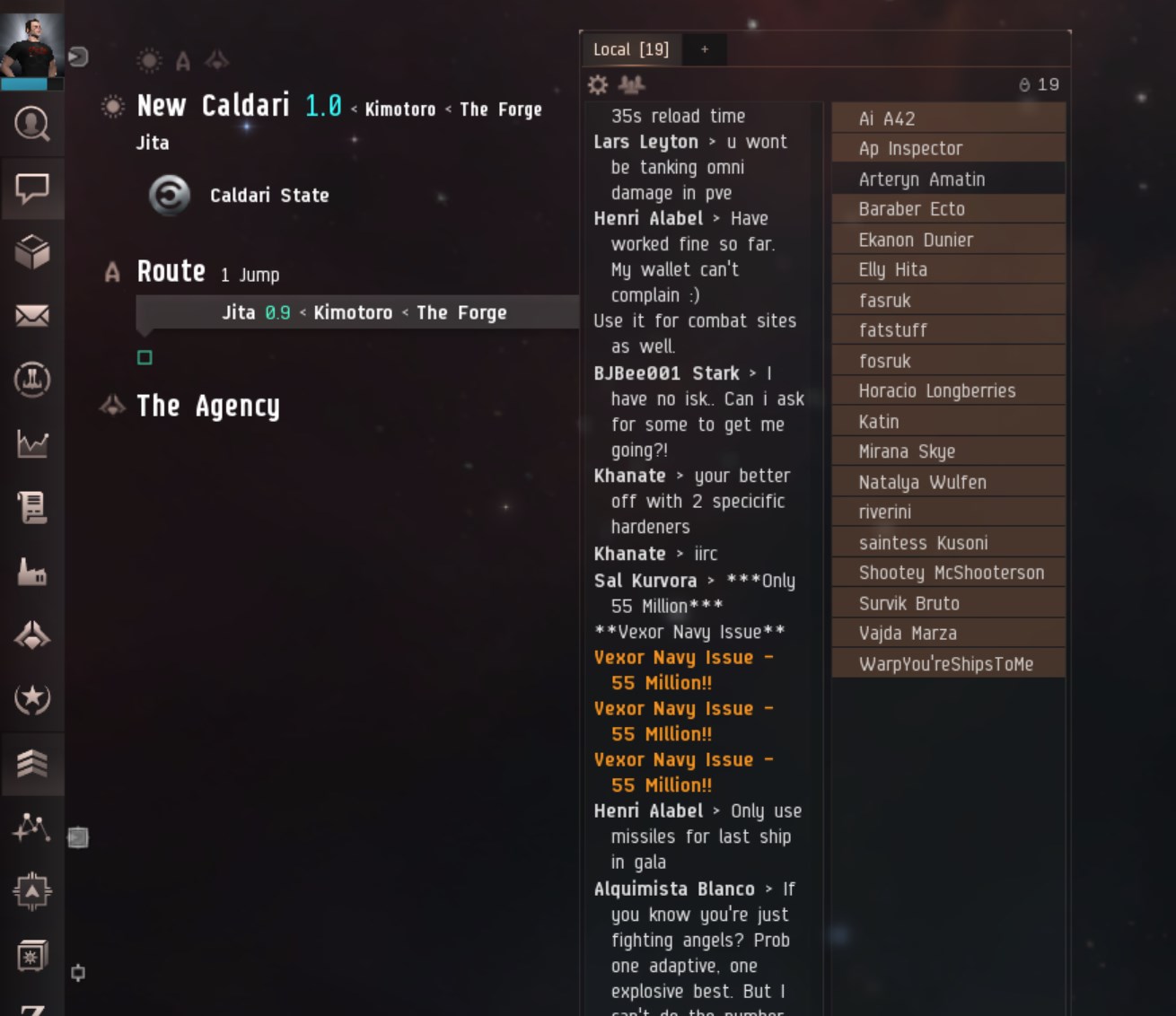 In my example above, player Arteryn Amatin happened to jump into New Caldari after the selection was made. This trick is especially useful when hunting neutral gangs in low sec systems, where they are likely to mesh with non-targets, highlighting makes it easy to identify them and assess their numbers: 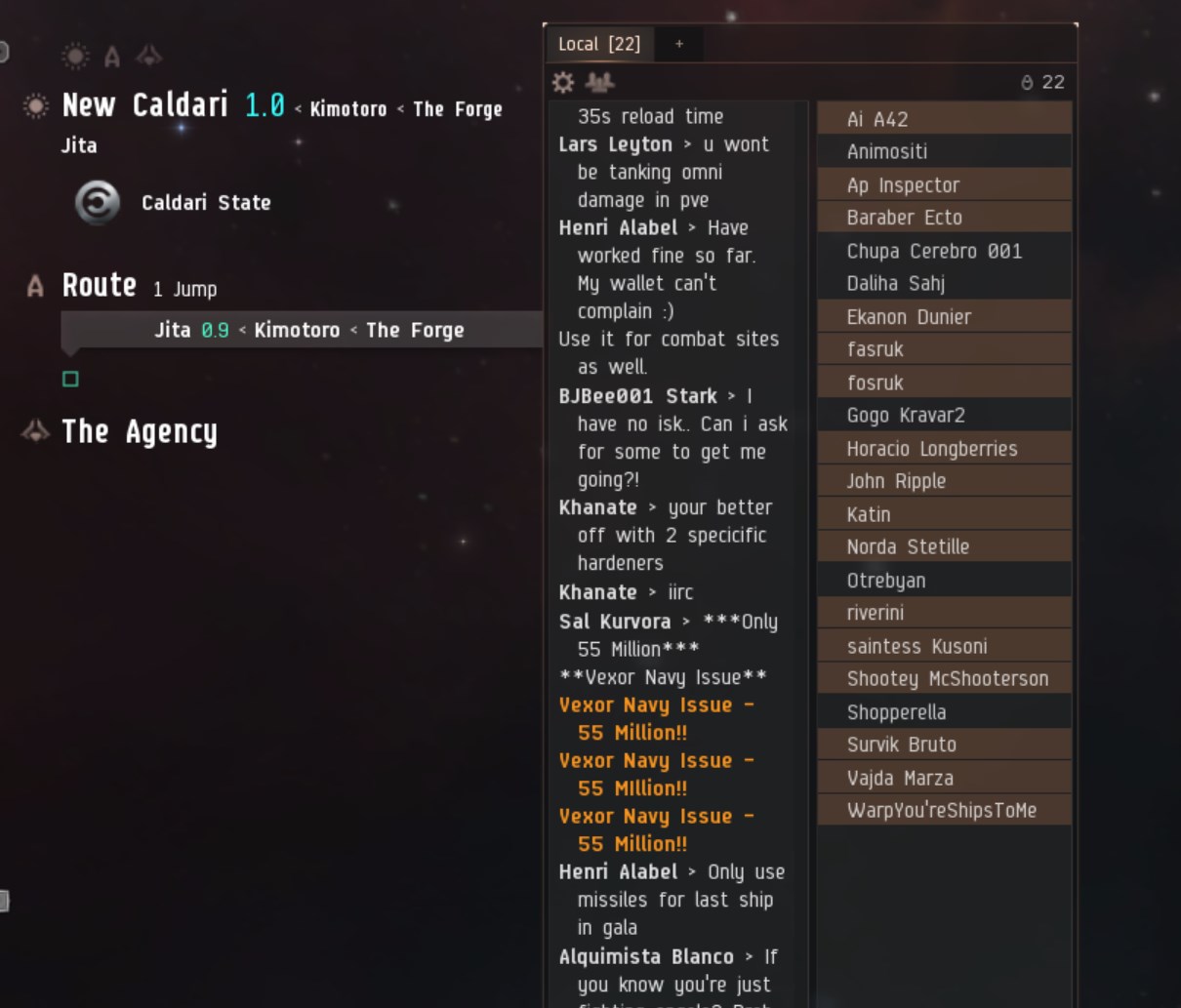 Picture this, you are traveling one of Jita’s chokepoints in a Navitas full of PLEX, you jump into Sobaseki and find this: 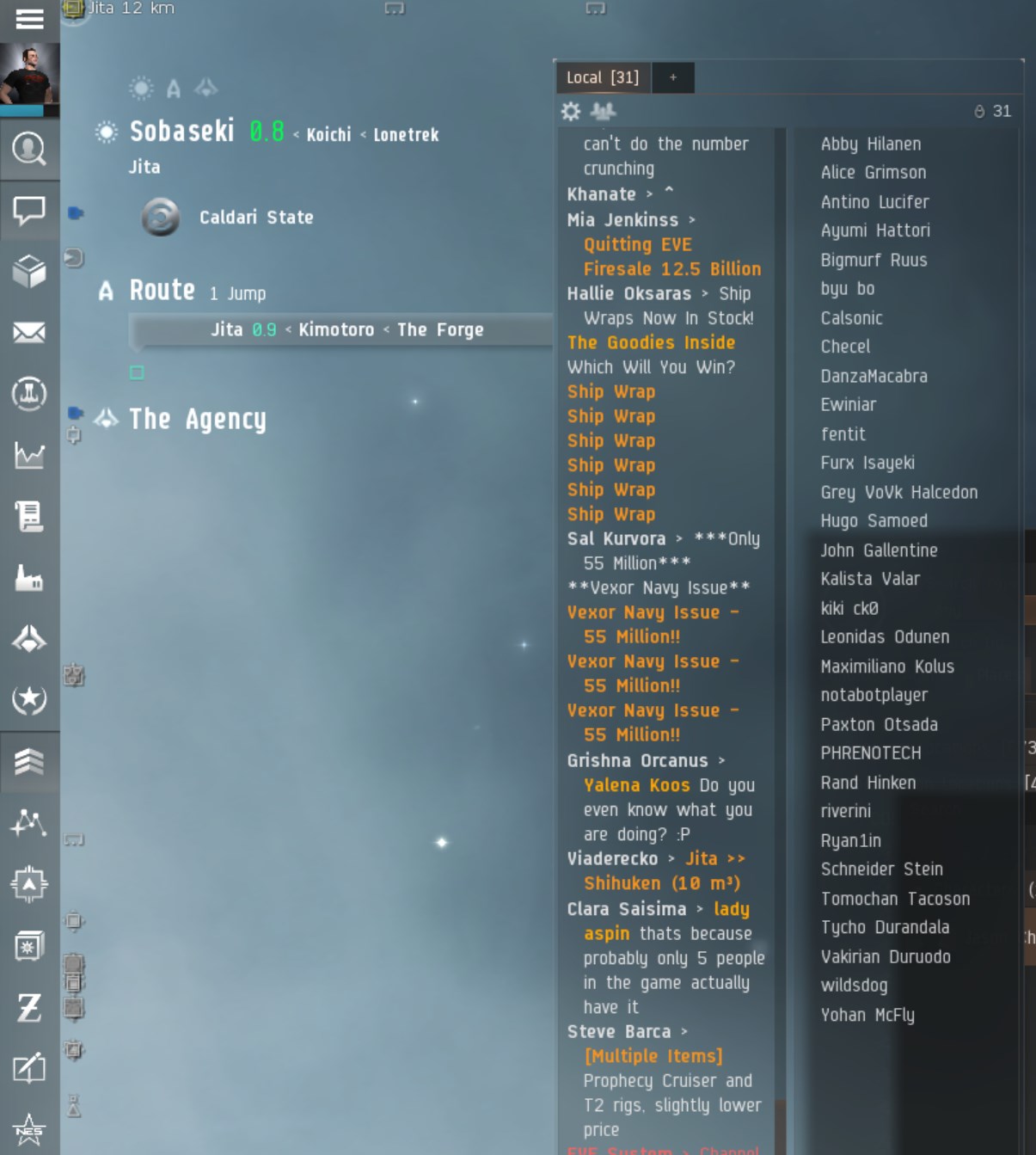 Now, how can you accurately assess which of those pilots are most likely to be hostile to you?

Enter Jason Chorant’s Local Threat is the single most powerful EVE Online threat assessment tool out there. Released this past December, it allows you to highlight the local chat member list, copy and paste the members name directly into his website.

Here is the LocalThreat result of the screenshot shown above, as you can see out of 31 pilots the ones you need to be on the lookout are the top six with Kickah and myself being the most prolific PVP’ers currently in system. 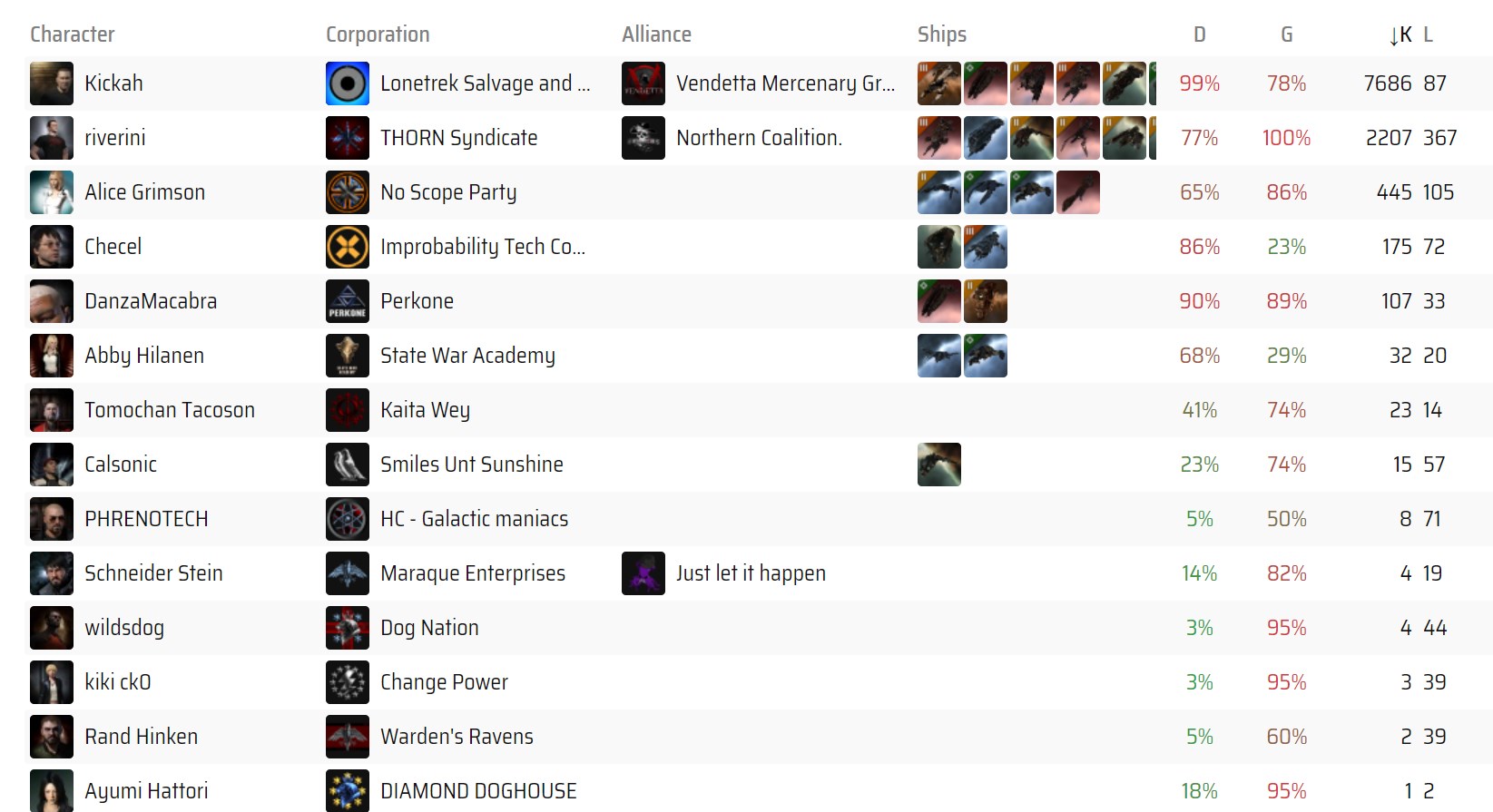 Now, Kickah is a member of Vendetta Mercenary Group, a well known high sec pirate cartel, clicking his name gives us an unambiguous picture of his past activities: 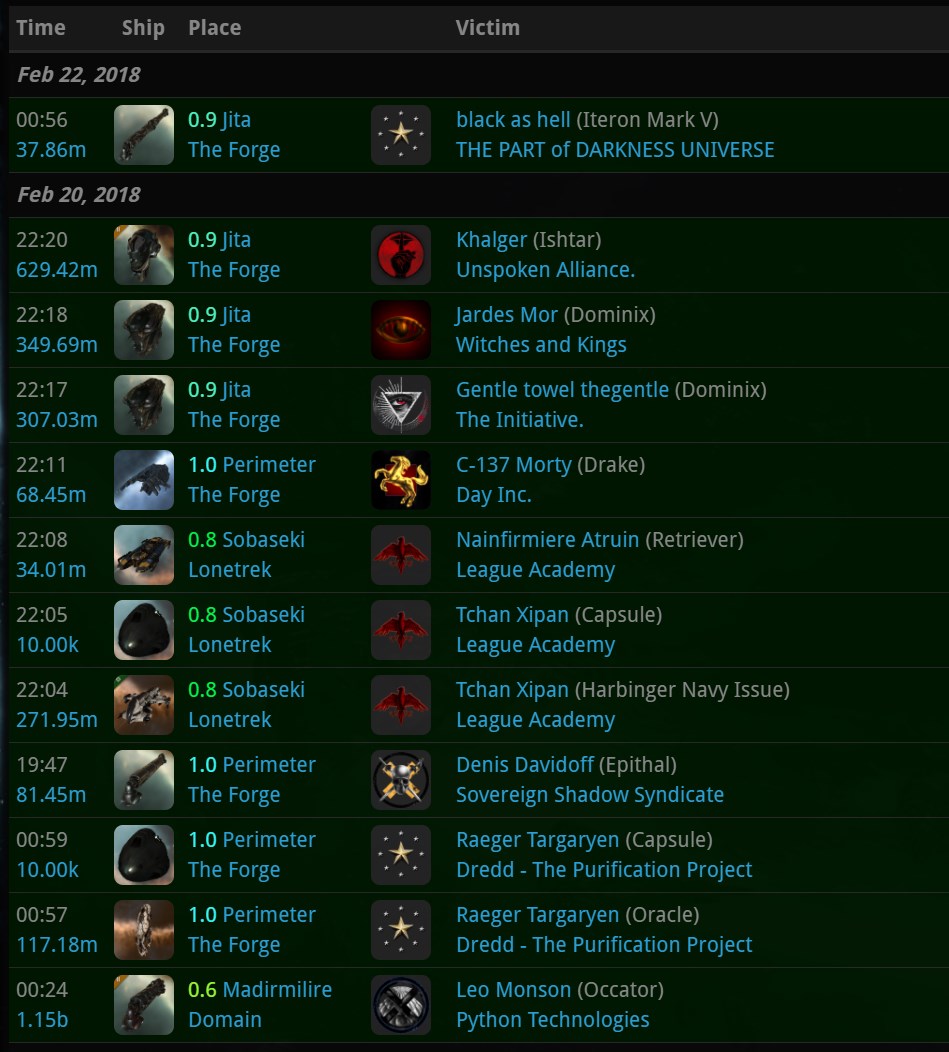 The result shows he’s been pretty active doing PVP in high-sec. You can see where I am going here. LocalThreat isn’t a foolproof system, but with its lightning-fast responsiveness, simplicity to use and the ability to store and share the results; it is an invaluable tool for assessing who might be out there to get you.

Have a private channel with your most used locations and share it with your alts.

If you are like me, you must own several alts and have several staging systems and locations you will need to travel to fairly frequently. Now, you can both write the system name, right-click it and auto link it or you can also use the People and Places function to search for the system link. Now, here’s an easy alternative; create a private channel and edit the Message of the Day (MOTD) for it to contain several linked stations:

First, we create the Channel: 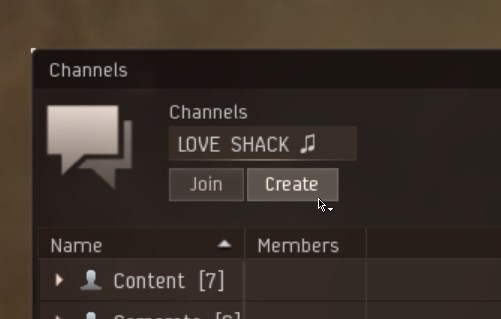 And edit the channel settings and add your most frequently traveled locations to the MOTD: 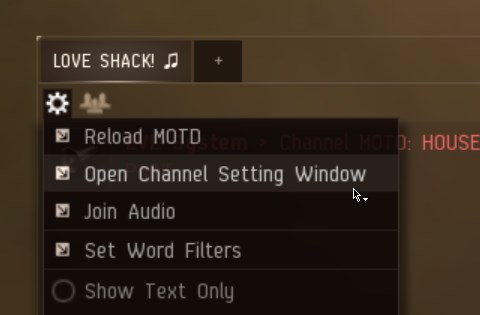 In my case, I travel Misaba, Jita and Tribute quite often: 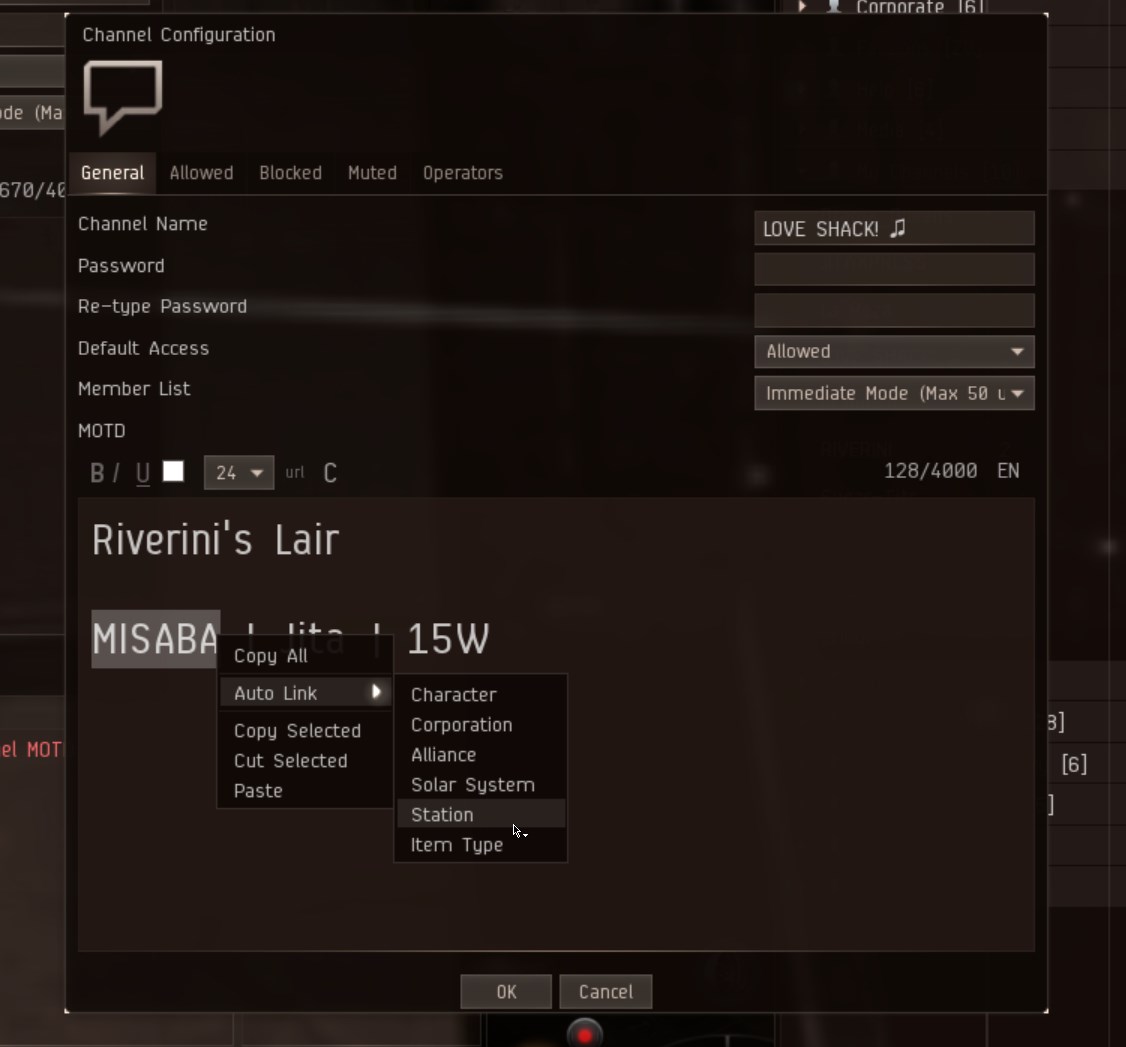 Now invite your alts to the created channel:

And you are pretty much set: 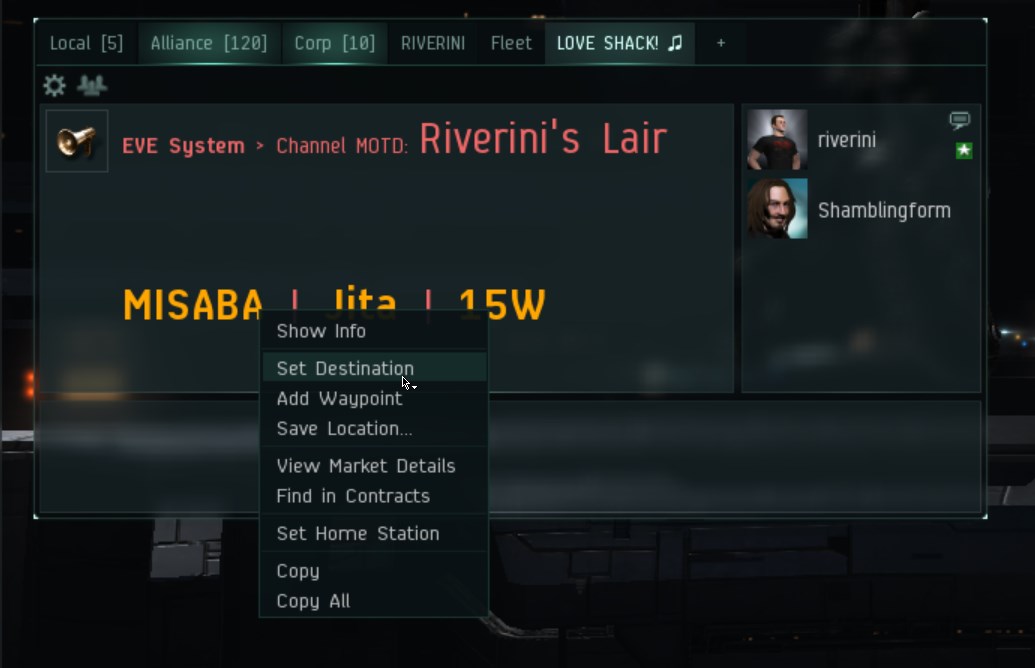 This provides you a centralized way to quickly access your most frequented destinations regardless of character, alliance, standings, etc. You can, of course, password protect said channel.

I do a lot of market trading too, which require me to do quick price checks using alts, it works wonders for this too: 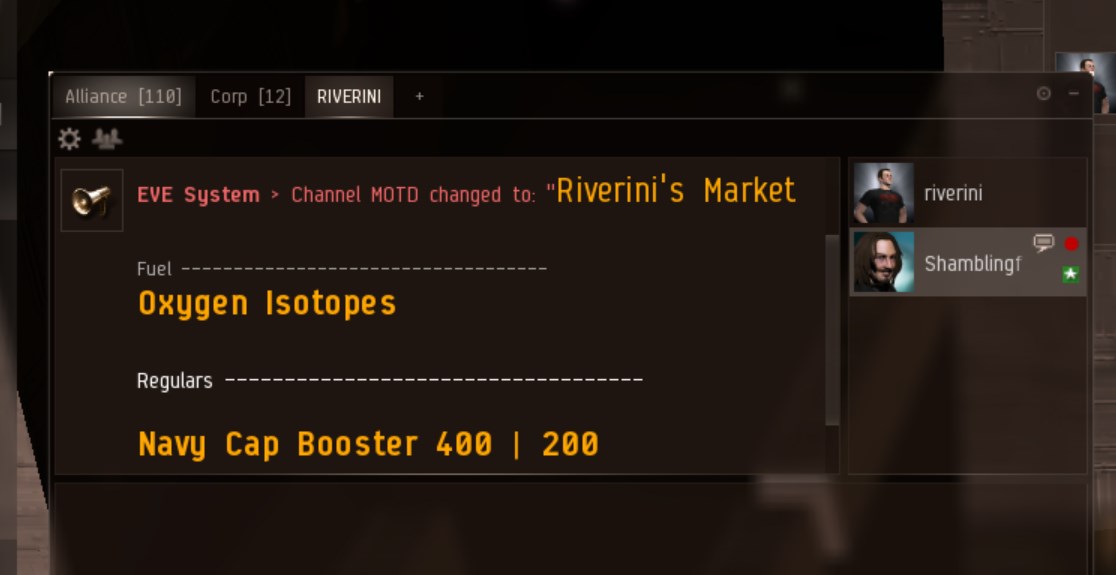 And there you have it, three chat window tricks everybody should make use of.