On November 5th, data scientist CCP Quant released some new data to supplement his presentation at Eve Vegas. The report detailed key points in EVE such as Consumer Price Index (CPI), Player Activity, Production vs. Destruction, and Regional Data such as trade deficits and surpluses.

Another highlight of the report involved ISK sinks and faucets – mechanics that allow CCP to regulate the M0 Supply (ISK in circulation) – but CCP Quant said the most “unexpected” aspect of ISK was Incursions. According to the report, Incursions are the third largest ISK faucet for the month of September, pumping out 8.3 Trillion ISK to players. Comparatively, Bounty Prizes are ranked first at 31 Trillion, with NPC Commodities coming second at 16 Trillion. However, CCP Quant’s report suggests that the number of players involved is fractional. 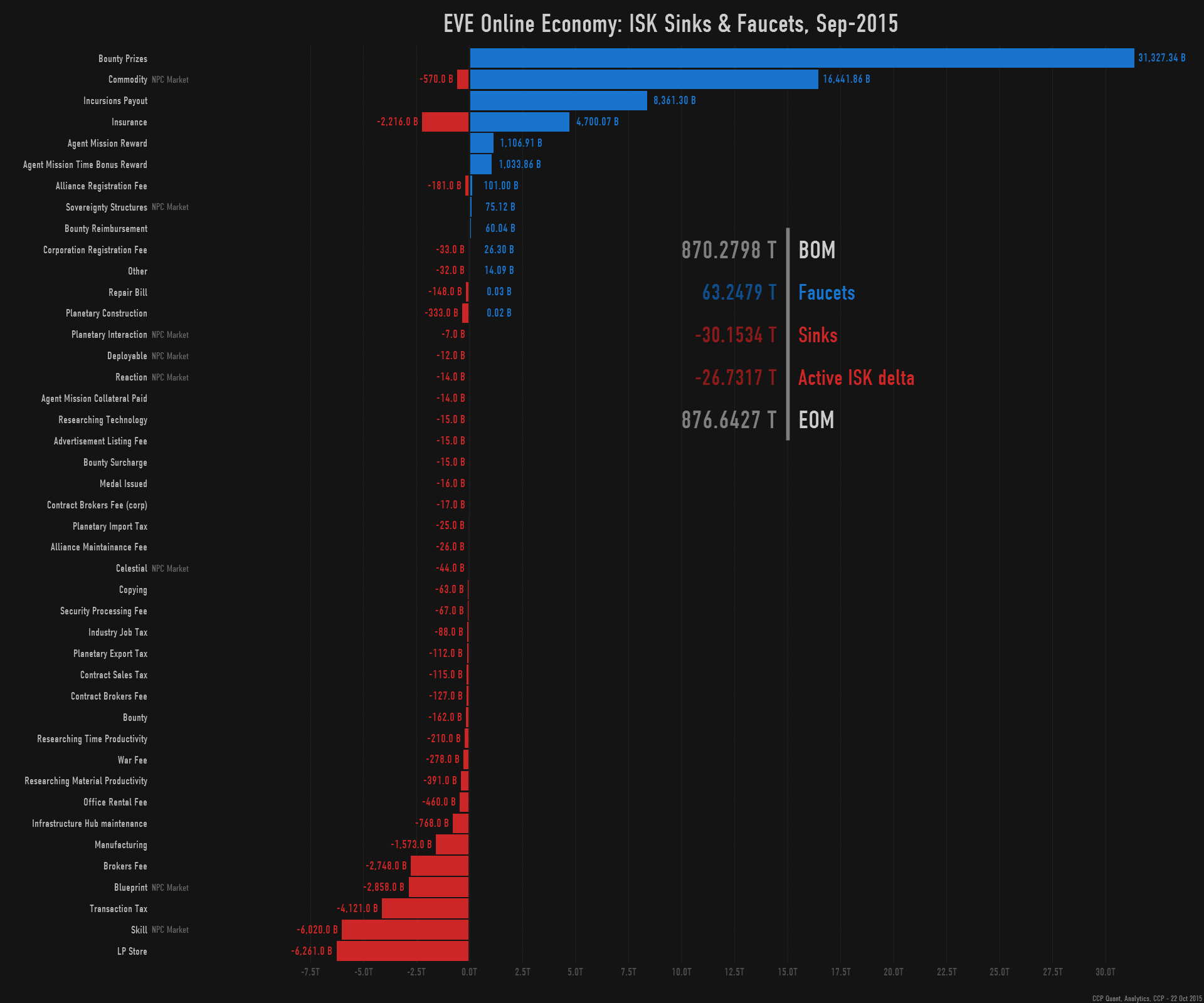 “You can see some interesting and unexpected things like the fact that only 1.5% of players run Incursions… and on top of this is the added value of Concord LP payouts for clearing incursions” CCP Quant said.

Incursions are PvE events where NPC factions invade space in an attempt to conquer it for themselves and are considered to be on the same grade as level 5 missions, where, in order to defeat sites, it takes fleet compositions of electronic warfare and logistics to name a few.

AayJay Crendraven, a retired Incursion FC, shared some details on Incursion sustainability and his career as an Incursion pilot.

Is there a struggle to find people for fleet ops or are there plenty?

AJ: It generally depends on the community and time of day, now. There was a spate of drama earlier in the year that all-but wrecked some of the more shiny communities, but they’ve been rebuilding.

In your opinion are incursion payouts lucrative and if so, do you think many players are informed of that?

AJ: I think they’re relatively balanced in the ISK vs effort and boredom department. I don’t know if we’d get more people if we have more people informed as there are people who prefer missions or nullsec ratting because of the lack of dependence on other [sic!]

Do you multibox in incursions?

How many players practice this and is it self-sustaining?

How many accounts do you have for incursions?

Have you read the economic report from CCP Quant and how it lists Incursions as the 3rd largest isk faucet in-game and how only 1.5% of players are involved?

AJ: Yes, I did. We (both multiboxers and regular incursion pilots) found it fascinating.

Do you think it will prompt CCP to make adjustments to how they inject ISK into the game given the disproportion?

Multiboxing – the practice of using multiple accounts simultaneously – isn’t uncommon. However, CCP’s mechanic of injecting ISK into the game may be going to fewer players than the 1.5% that were originally expected. It is still unclear at this point whether ISK faucets are operating as intended, as PLEX prices continue to climb, or if CCP will plan to adjust M0 supply delivery in the near future.