#EVE_NT received a Titan sponsored by IWANTISK.com for the event held today. However, this event might have gone a little different behind the scenes than intended!!

IWANTISK.com made a sponsorship deal with #EVE_NT which was worth around 700bil. For promotion purposes, 400bil was already send over to #EVE_NT and so they organised today’s Titan event. The event was planned by the host to happen as described: A Titan would be brought into a random system and at 19:00 they would announce the location. Who ever would kill the titan had to chance to win some more prizes which, if you ask me, sounds like a pretty fun event to attend! 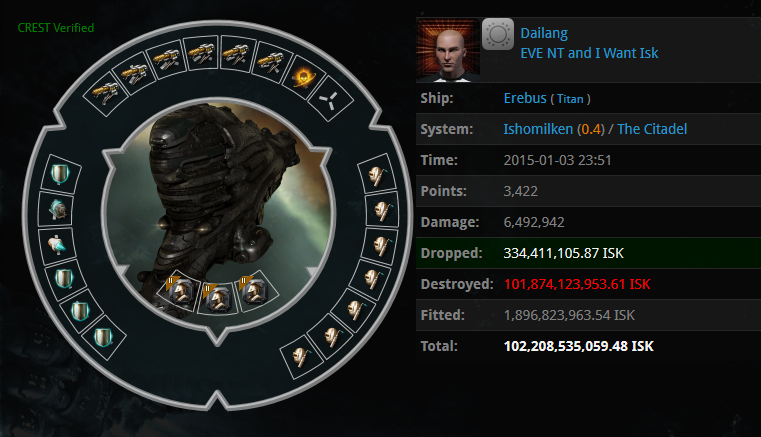 However, the host of the event, Nashh Kadavr formed a defense fleet, consisting of 200+ members flying T3’s and Triage Carriers, which they used to defend the Erebus alive for multiple hours, DDing “enemy” carriers, who came to join the event. Once 19:00 passed, Pilots started to pile into system that got announced, allowing the defensive fleet to just farm kills until the flow of pilots coming in stopped. Then when this happened, the defensive fleet, led by the EVENT HOST, stripped the Expensive fit of the Erebus and then killed it themselves. The host went so far in protecting his own titan that he had even prepared multiple ships in system for his fleet member to fly in case they lost their ships.

An Event host, forming a defensive fleet, with sponsored ISK, Killing the titan itself to claim the prizes themselves? Bit sketchy don’t you think? Well, it seems IWANTISK felt the same and so he wrote the following statement:

We are upset that the host that was responsible in the event utilized the defense fleet to kill off players as they came in and then kill off the titan themselves. Sure, they didn’t want the prize but the recognition of the kill is what most players come for. We also understand that there was not enough communication between us and the host of the titan smash, we figured it would be a given that the host or people related to the host would not be able to win or kill the titan.

As for the current sponsorship into #EVE_nt, within the next 7 days we will decide whether or not we will keep it. We still have another 300b to hand over to them to give out in person at the event in Nottingham UK.

The future of sponsorships with them is bleak, but we will release more information on why the event ended the way it did and whether we will be continuing sponsorship with the folks at #EVE_nt in the current and future events.

“I Want ISK”: also, we will try to divide the 20b amongst other participants, like top damage, instead of final blow
“I Want ISK”: since final blow was the defense fleet.
“I Want ISK”: All of us are upset at how it turned out.

We have come to the conclusion that the Titan Smash event was not hosted in an ill-manner and that the defense fleet inadvertently killed the titan but did not want the prizes. They fitted the titan with their own ISK and they acted alone when they stripped the titan fits before letting it be killed by the left over players in local. Unfortunately, some things were done with a ‘sketchy’ tone leading to the defense fleet killing the titan and we will not be hosting any similar events with #EVE_nt in-game however, we will continue to sponsor their live event in Nottingham UK which some of our bankers attend and CCP should be attending this February 7th, 2015.

We were upset that the defense fleet got the final blow on the titan but we do see the great feat they have performed in defending the titan against an onslaught of players, giving many players a chance to experience large fleet warfare. Something all players should experience.

Just because we would have hosted it differently does not mean #EVE_nt hosted their game incorrectly. Many people enjoyed the prolonged event and you can’t make everyone happy.

We do appreciate how much work Nashh kadavr has done to get this event as well as the live #EVE_nt organized. He was very upset when this went down the way it did.