EVE: True Stories – The comic book based on true events, 20.000 years into the future

At EVE Fanfest 2013 we announced a partnership with Dark Horse Comics for the development of a comic book set in the EVE Universe.

The EVE: True Stories graphic novel  is unique in the sense that it‘s based on an actual massive player event that took place in EVE Online. The dismantling of the galaxy-sprawling superpower known as the Band of Brother is something actually happened and thousands of players participated in. 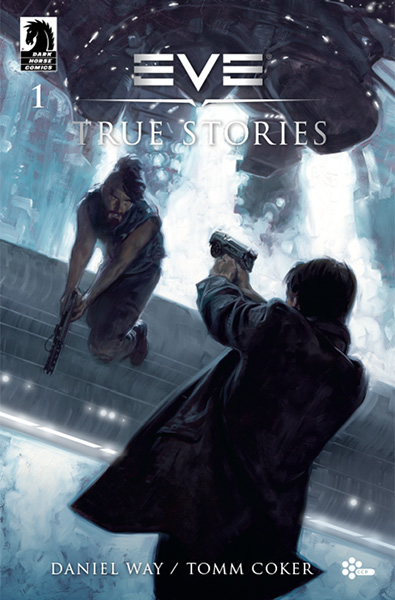 Depending on your point of view it happened in February 2009, YC 111 or 23.347 AD. It was submitted to our True Stories collection website by someone who was there, and who, by his own accord, was an instigator of the events. There are many sides to this story–it‘s impossible to be objective. As we don’t endorse one version of the “truth” over others, we are taking the account that garnered the highest popular vote on the True Stories website, that of The Mittani, and adapting it with the help of Dark Horse’s excellent artists and writers.

There were other great stories submitted and all were considered. In the end the story of the downfall of Band of Brothers was chosen as a classic story of betrayal and corporate espionage that EVE has become (in)famous for.

Established comic book writer Daniel Way came on to the project and went on to adapt the story for the comic book format. Dark Horse brought in some excellent artists as well–Tomm Coker, Alejandro Aragón, Federico Dallocchio and Daniel Warren Johnson–each bringing their own unique flavor to the mix.

We took the position that we wanted to maximize what everyone of these people could bring to the table and not hold them back or hamper them. Once the story had been chosen, CCP worked with Daniel Way to ensure ship classes, descriptions and nomenclature were correct, but we took the position to allow him to develop and adapt the story to fit the medium, and take dramatic license as needed. Same with the art. The artists were not under the art direction of CCP, rather we provided them with references and provided feedback if things were missing or wrong. But in general the concept was to allow a group of talented outsiders to interpret the story and the universe of New Eden with their own words and pictures. The result is a dramatic work based on subjective truth and artistic interpretation, rather than an objective, scientific analysis of the events that occurred.

The story is split up into four issues, to be released two weeks apart. While all issues were written by Daniel Way, each chapter has its own artists and cover artist. Here are the dates and artists:

It tells the story of Haargoth Agamar, who gets bored with routine and seeks some excitement. To EVE players who know their history, he looks like this: 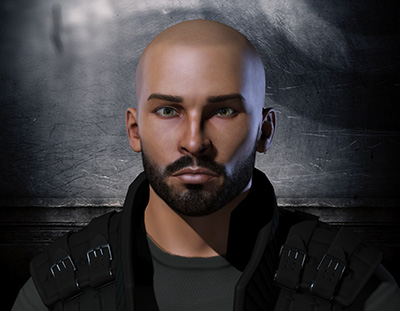 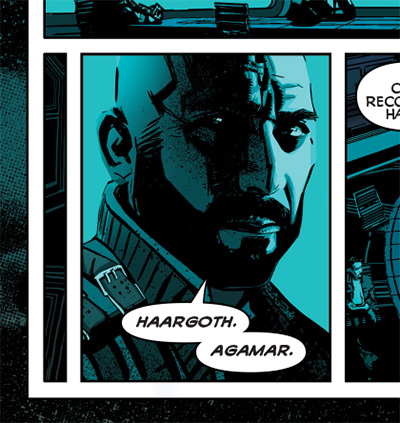 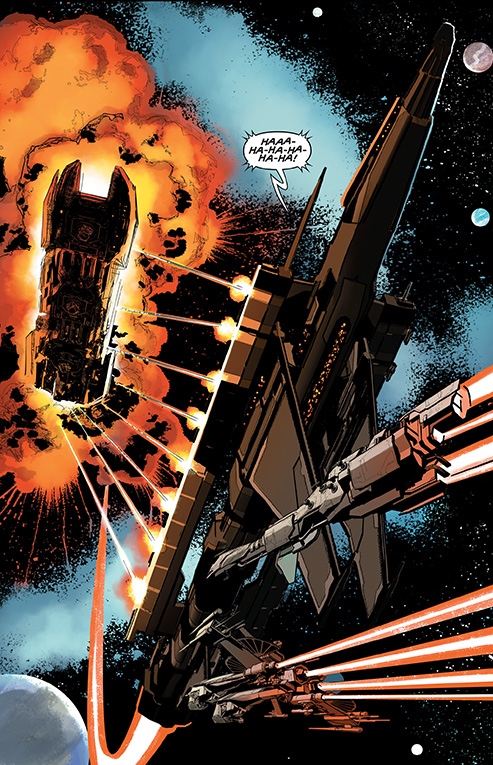 But if you want to read more, EVE: True Stories, “Thieves Among Us,” is now available as to download free from Dark Horse Digital.

All issues will remain free until June, The hardback prestige collected edition of EVE: True Stories, containing all four comics, will go on sale in book and comic book stores, in June, 2014. Once it's out in print, True Stories will be available for purchase as an e-book on their app and through major e-book outlets.

We are very excited to get your reaction, and hope you will enjoy this effort in bringing the complex web of drama and human stories from the often impregnable world of new Eden to a wider audience,  and to get a new perspective on its events, it’s people and its visual style.