Ladies and gentlemen. The GRR project was started in early January. Our short term goal was to kill as many Goons as possible, with a long-term goal in mind: to destroy Goon POCOs in highsec. Mercenaries and “everyone invited” Lemmings took on the task to evict the largest alliance of New Eden from Lonetrek, The Citadel and The Forge. It turned out, the task was bigger than we expected, as they have an extra CFC member: RvB, doing their bidding in highsec.

Endless trolling came with “and how many POCOs did you take”, when Lemmings were fighting 100 vs 18000. After the first POCOs were taken, the trolling silenced. Since then I regularly place a PS to my posts with bee POCOs taken. I’m afraid, these two POCOs are among the very last ones we’ll kill. We can’t destroy more Goon POCOs.

Because there is none left! 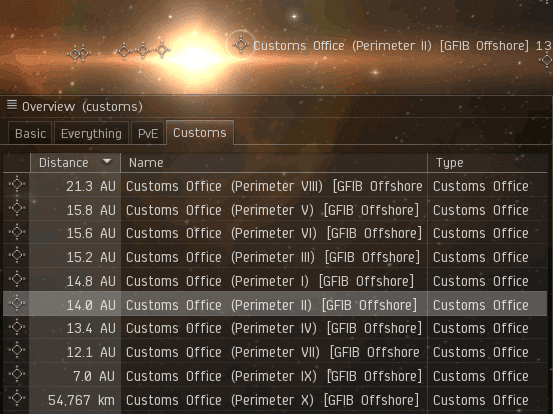 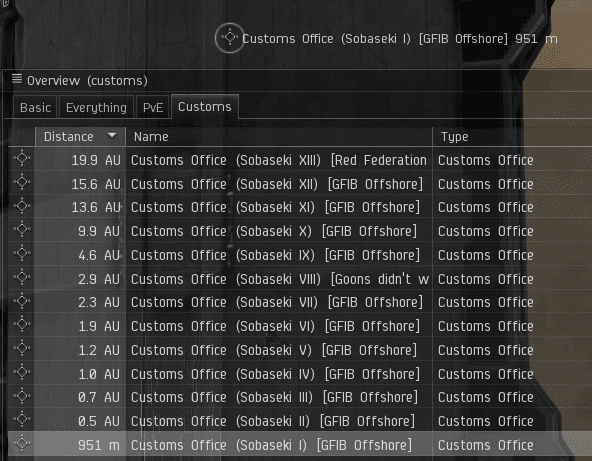 Go out and see it yourself! The Goon POCO empire is gone! To avoid the shame of daily defeats on POCO timers, they transferred them to an altcorp and removed the altcorp from GSF, so further POCO losses won’t be under GSF banner. I told two weeks ago that Goons will be mopped up, though I expected them to put up a last stand. Instead they opted “we didn’t want these regions anyway” and ran!

They are desperate to prevent the killboard from testifying their complete defeat in highsec. They couldn’t transfer reinforced POCOs: 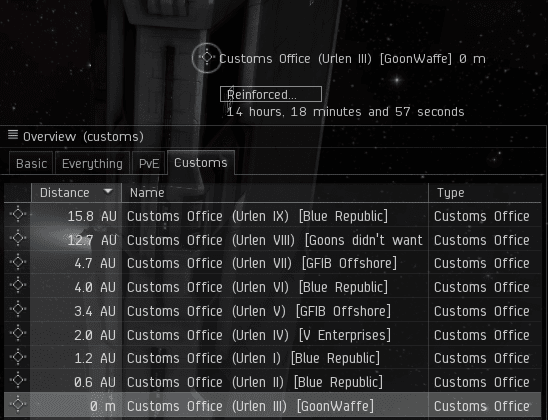 So in Sobaseki, they kill-stole their own POCO with no killboard API pilots while distracting Noir with a suicide ganking Lachesis and RvB ninja-dropped a POCO.

I guess there are still odd Goon POCOs in highsec, but this phase of the war is won! The statues of Evil in highsec are gone! Do you still have doubts in the cooperation of mercs and rich PvE players?

Creation in January; Lonetrek, Citadel, Forge by March; Deklein by December! Join! Lemmings are recruiting everyone over 3M SP, Noir and Marmites are recruiting good PvP-ers and there is also money needed for this war, pick mini-goals and hire them to do it. Your money, combined with the PvP skills of the mercs will break the evil legion of F1-spamming griefers!

One question remains: will they dare to have a “Burn Jita” this year, or will they have “better things to do”? I hope they are dumb enough to try it. We planned so much to “provide them content”, I’d hate that effort to be in vain.

Don’t forget! Tomorrow comes the data that will reveal a pretty evil conspiracy!

If you would like to read more Gevlon Goblin articles, we invite you to visits his Greedy Goblin blog.